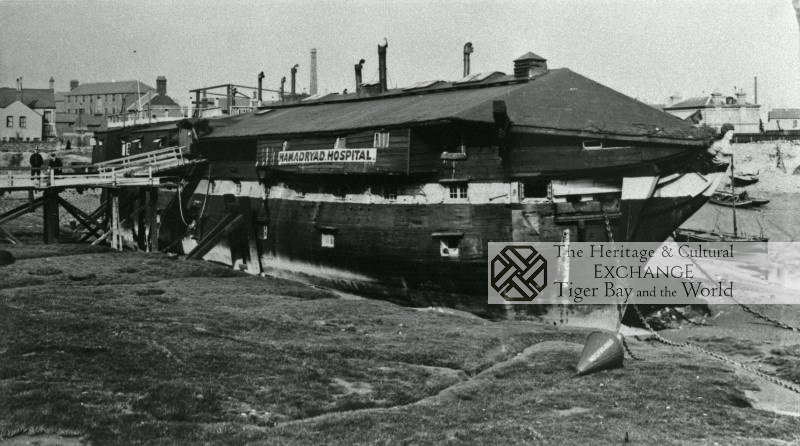 In 1866 the 43-year-old frigate, HMS Hamadryad, was towed to Cardiff, fitted out as a hospital ship and located on a piece of waste ground in Cardiff Docks donated by the Marquess of Bute.

Free treatment was funded by a levy on shipping at the Docks.

The hospital ship was replaced a permanent hospital was built.

The hulk was refloated and taken away for scrap. 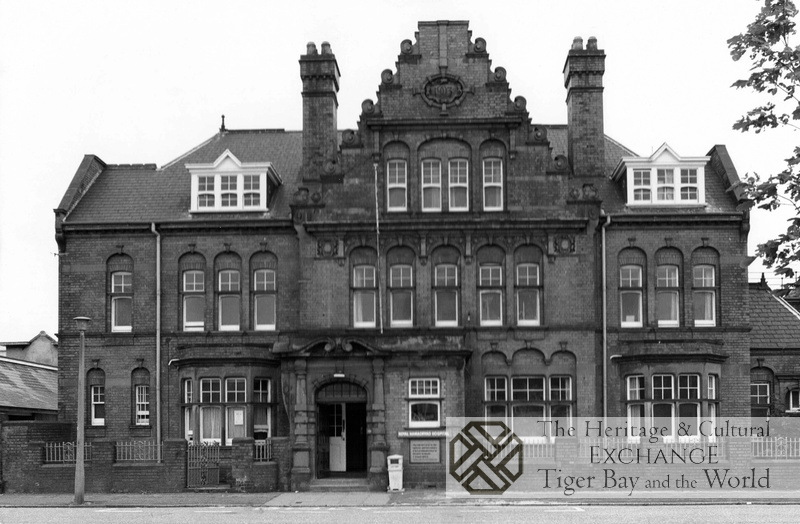 Pictured here is the exterior of the building which partly funded by a contribution from the estate of the 3rd Marquess of Bute and designed by E.W.M. Corbett, the architect for the Butes estates.

The foundation stone was laid on 7 August 1902 by the 4th Marquess of Bute.

Named the Royal Hamadryad Hospital, the new building was opened by the Marquess on 29 June 1905 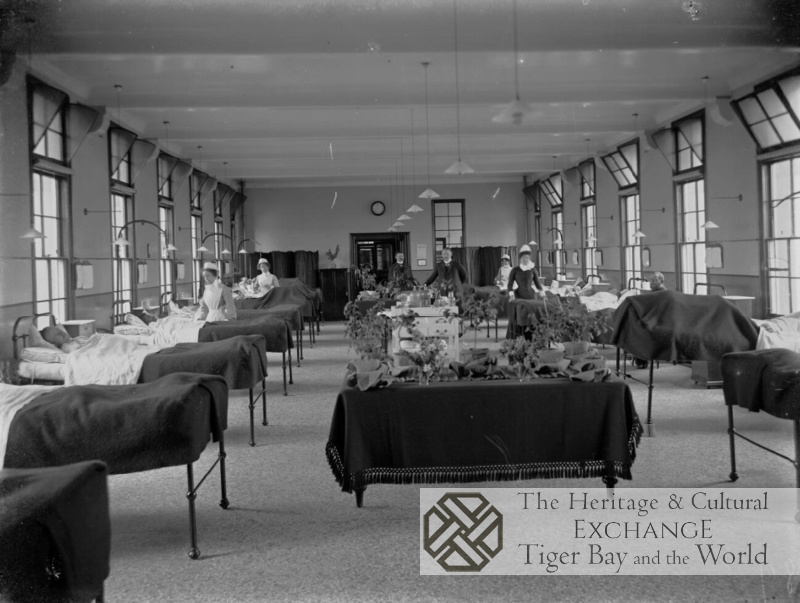 The interior photo of the Men's Ward was taken by Martin Ridley around 1905. Negatives of his photographs including many of Cardiff are held by National Library of Wales and can be viewed at People's Collection Wales