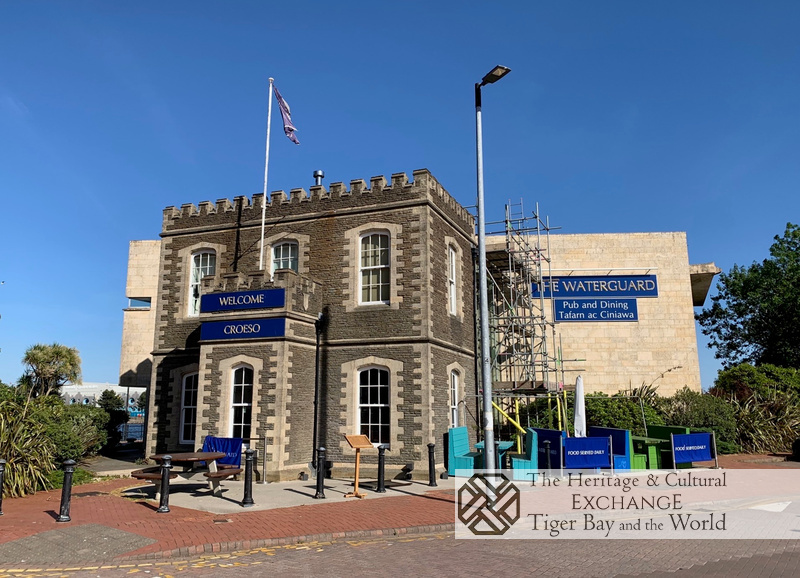 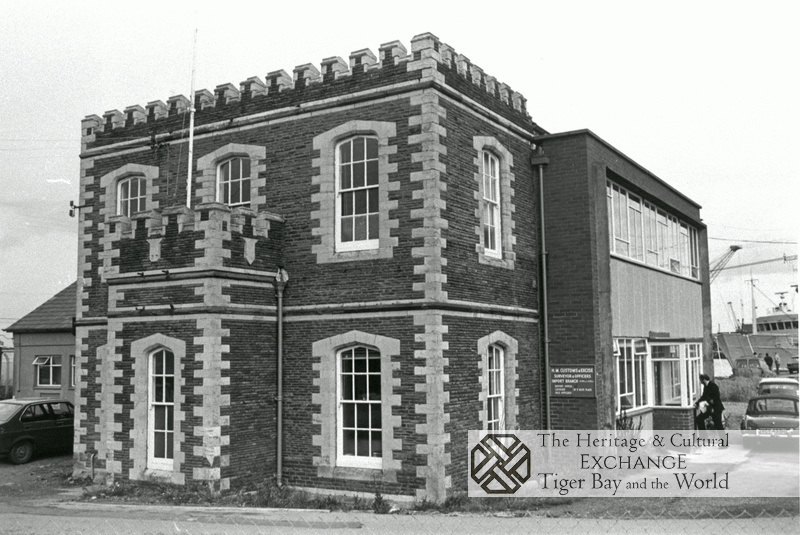 The castellated building in Cardiff Docks is thought to have been erected in the 1850s, where it served as the local Customs office. It was later extended. as in the 1979 picture.

In 1993, the entire building was moved on a trailer about 100 metres and now form the frontage of The Waterguard public house, built in 2001.