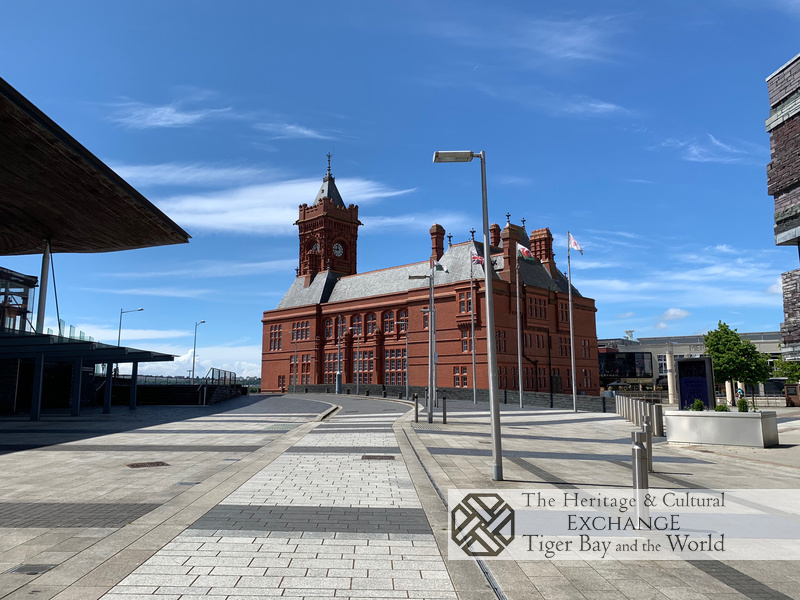 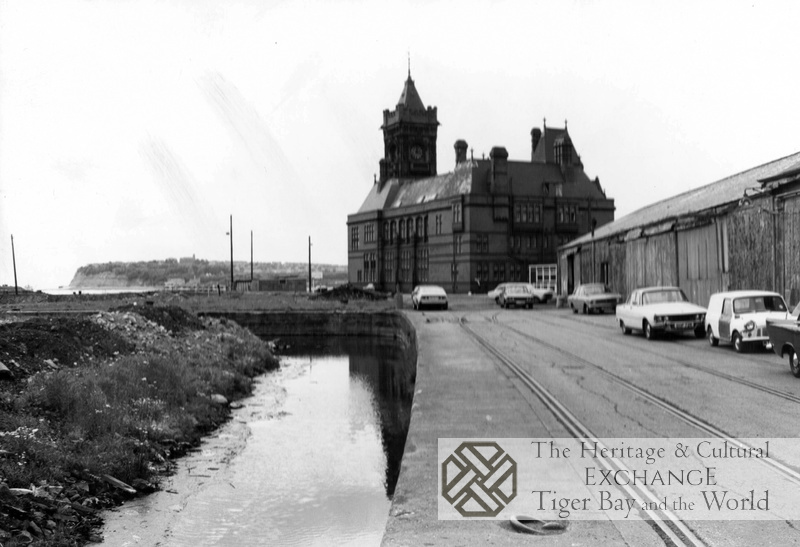 The iconic Pierhead Building was built in 1897 as the headquarters for the Bute Dock Company.

On the left of the NOW picture is the Senedd. The footpath was once Bute East Dock, which can be seen partly filled in in the THEN picture.